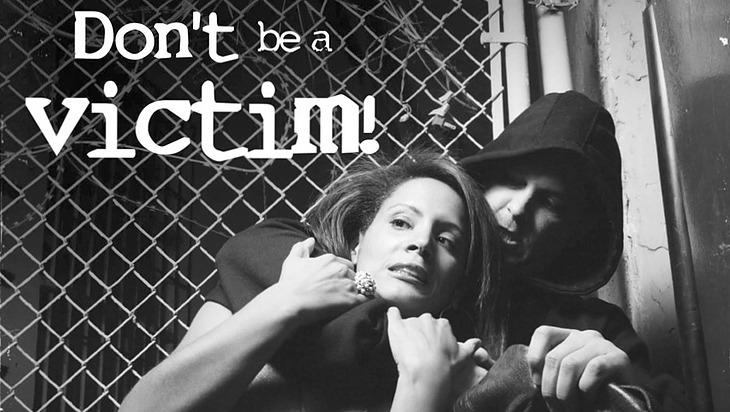 “I want to learn self-defense.” A statement I regularly hear from prospective students. It’s also a request I often receive from various organizations and companies looking for a group activity. The one problem, the concept of self-defense is sorely misunderstood and not something I feel can be taught…but let me explain.

I’ve conducted many self-defense clinics and brown bags over the years.  In each I am very upfront and clearly inform the group that I cannot teach them self-defense.  Silence and puzzled looks are a common reaction.

What are we really talking about?

Definitions vary, universally self-defense is understood to be the protection of one’s person or interests (family and friends) through the use of reasonable force against an attack by another person.  We won’t get into the nuance of “reasonable force” but it is important to acknowledge physical force is not always necessary to defend oneself.  The real goal is to mitigate damage and remove yourself from the situation as fast as humanly possible.

Mitigate and remove doesn’t sound like fighting at all; because it’s not! This is where many people get the idea wrong. We are not there to willingly engage in physical combat. Yes, there is a time and a place to hold your ground but that is by far the exception vice the rule. Self-Defense is not fighting. It is protecting yourself to prevent further harm. If that means running away then by all means Forrest, Run!

This in mind, a main reason I tell people I cannot teach them self-defense is largely due to the idea of what an attack may entail.  The reality is the number of ways a person can be assaulted is virtually limitless. How could anyone feasibly teach a person to defend themself when the possibilities and variables are too numerous to cover in detail much less develop any executable level of proficiency.

Combat sports are competed in controlled environments governed by very specific rules enforced by a referee. Judges determine the victor. Opponent are known entities that can be studied and prepared against. There is no element of surprise and relatively few unknowns. Can training in combative arts help prepare you to defend yourself. Of course. Are they a guarantee, heck no!

Days and weeks could be spent tirelessly learning how to defend against a knife attack only to get confronted and violently mugged by two weaponless thugs.  Many feel Brazilian Jiu Jitsu is the best martial arts force self-defense for its ability to permit a smaller, weaker person to manipulate and control a much larger aggressor.  That’s all fine and dandy until a baseball bat enters the equation.  Practicing to strike the eyes, ears, throat, and groin on cadre wearing padded suites in a classroom environment is one thing; doing the same when you are surprised and in a panicked, adrenaline filled state is not so simple.

So how does a person learn to defend themself?  First, be vigilant and practice being aware of your surroundings.  Then, exercise some common sense by not putting yourself in a potentially precarious situation. Avoidance is always the primary objective.  Outside of that, strive to become as well rounded a combatant as possible.   Train in all ranges of combat to include weaponry, striking, and grappling.  Then combine, mix, and cross train…the more the better.

I’ve had many say they want to learn to defend themselves in the same breath as indicating they don’t want anything to do with weapons.  The idea is lunacy to me.  If you truly want to learn to defend yourself as quickly as possible (and I assume you’d like this capability sooner than later) then there is nothing better than a weapon and yes, that includes firearms.  If guns aren’t your thing then learning to use a knife and baton are crucial.   I am not a handgun instructor so staying in my wheelhouse I urge knife training.  Everyone has knives in their house and a folder is easy to carry. Personally there is nothing better in this area than the weapon arts like arnis (kali and escrima).

Let’s make one thing crystal clear though.  NOTHING can be learned to an effective level in a weekend’s time by an untrained person.  There is no instructor on the planet that can get you to a proficient level of use with a weapon or hand-to-hand technique in a single weekend especially if you are a new owner and novice user.  Regular practice and repetition across a multitude of scenarios is a must; it is a perishable skill set.  Understanding and exercising basic principles like awareness, planning, and avoidance go a long way if done regularly.  If you are still seriously concerned about a physical encounter then invest your time in some legitimate weapon training.

EVERYDAY IS TRAINING DAY – REAP WHAT YOU SOW

Get Started at MAMA