Just How Dedicated Are You?

Just How Dedicated Are You? 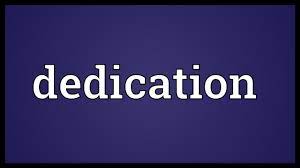 I’ve had several people ask me about one of the more recent documentaries released on Netflix, Westside vs the World. It’s the story behind arguably the most infamous strong man gym in the United States, Westside Barbell in Ohio, run by the legendary Louie Simmons.

Simmons is famous for developing the Conjugate Method of training.  Considered by many a savant of powerlifting, he is the proverbial man behind the curtain at Westside Barbell.  In addition to developing one of the most effective training methodologies in the world, Simmons has developed numerous strength training apparatus most notably the reverse hyper extension.

I was intrigued to watch the documentary for a number of reasons.  One was simply being a fitness professional myself and knowing Simmons as a titan of the powerlifting world.  Second was an existing client of mine knew and trained with him personally in the “garage days” before the actual gym existed.   Finally, it was pure morbid curiosity knowing the dual reputation Westside carried as the strongest gym on the planet and the collection of lunatics that frequented the place.

The movie itself was entertaining and gave a pretty clear picture of life inside the walls of Westside and the madness that is Louie Simmons.  After watching I immediately implored my client as to the validity of what was on screen.  He not only confirmed but outright stated it didn’t even scratch the surface of the fanatical way of life that was Westside and the level of dedication Louie demanded.

Absolute, unwavering dedication; makes complete sense. That’s exactly what came through for me, the sheer and extreme level of dedication.  The bar is beyond high at Westside.  Powerlifting and getting strong is the primary objective.  Everything else in life is secondary…by a long shot…that includes immediate family.  If you aren’t on board, if you aren’t willing to die under the bar you are shown the door; sometimes thrown through it!

Absolute, unwavering dedication.  Making something a priority and putting everything second to it.  When I traveled to Thailand the very same thing was evident.  Complete, soul sacrificing, dedication to the practice of Muay Thai is what made the training special.  Not a mind-altering, hidden technique or philosophical mantra.  Simply hours and hours of practice and countless repetition.  Everything else was sacrificed. Westside is the epitome.

Extreme? Arguably so. Effective. No Argument. Westside won everything. Held everything. Lifters cringed when they showed up at meets.

I am often asked by students what is the key to getting better or how did someone else get so good or what must I do for the upcoming competition.  Absolute, unwavering dedication.  Never missing practice.  Being in the practice not just at it.  Laser focus on the task at hand.  The time in the gym is time completely devoted to the practice, nothing else.  Perhaps the more important question is if you are willing to sacrifice and repurpose all other time and effort.

In his book The One Thing Gary Keller echoes this very idea. To experience large success we must cut through the clutter and act with a singular purpose. Say no to what could be done and only yes only to the most important thing that needs to be done. Success builds sequentially over time; a domino effect. Extraordinary results tend to come from a narrow, strict focus on one thing.

A mantra at our gym is “Everyday is Training Day, Reap What You Sow.”  If you sow every ounce of time and energy into something, then you will get very best you could have gotten.  Any less…well, will be just that…less.  The question to ask yourself today, whatever your goal, how important is it to you?  If it is the number one priority then treat it as such and put everything secondary to it.