More is Better…at Least Early On

More is Better…at Least Early On 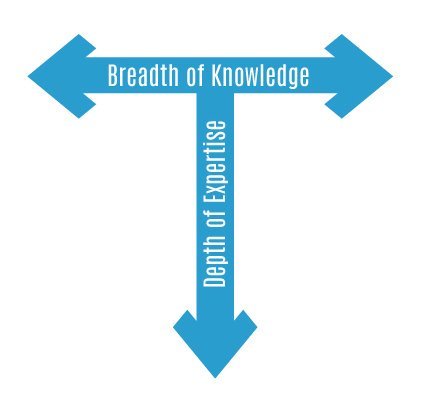 Where should I start?  A common question I get from new students here at MAMA.  My knee jerk response is usually “try everything, variety is the spice of life.”  Sometimes I’ll throw out a favorite analogy referencing Baskin Robbins…you’ve got 31 flavors, why stop at vanilla?

The larger point being is you don’t know what you like or dislike until you’ve tried it.  The only reason we have a favorite anything is because at some point we ventured away from something else.  The martial arts are no different.  In fact, it’s the pure beauty.  I always tell people if you get bored here at MAMA it’s your own fault.

The martial arts are unique in that they offer a lifetime of learning and practice.  Every region, every nation, every culture, and even individual villages offer different martial arts or versions thereof.  Few other sports or physical activities/hobbies can boast such.

Think about it.  Name a sport that is wholly unique across different regions based on its culture, historical influences, or necessity?  Outside of some slight rule differences basketball and baseball are the same everywhere you go.  Soccer…futball is futball.  Golf.  Tennis.  Swimming…same 5 strokes everywhere you go.  There is more to variety than just an entertainment factor though.

In his book RANGE, David Epstein points out that data is beginning to prove that generalists, people who prefer to dabble in multiple areas of interest, are more successful in later stages than those who stay within a single silo.   People who ascribe to the 10,000 rule of deliberate practice become incredibly skilled at that particular talent.  However, when asked to execute outside of those confines or in an unstructured environment performance is incredibly low.

Researcher Lindsey Richland expresses that humans are very good at finding ways to do the least amount of work to accomplish a task.  In looking for immediate resolution, procedural solutions tend to be favored over the more conceptual because they can executed simply and with success; problem solved.  The unfortunate reality is the “before-your-eyes” progress reinforces procedural practice which does not promote long term or deeper learning.

Those who learn in environments incorporating what cognitive psychologist Nate Kornell references as desirable difficulties, challenges and variables that slow progress and even frustrate, experience long term learning.   Hint giving and clues may prove beneficial for immediate performance but that victory is short lived and actually undermines progress on the aggregate.  People learning in a procedural manner are merely memorizing and repeating rather than evaluating and problem solving.  One is very good in a structured environment; the other shines in the chaotic and complex.

Students too often want the answer, or at least a structured way to come about it, rather than trying to figure it out.  Struggling is vital to learning.  A mantra of our Training for Warriors program is that the struggle makes you stronger; the workout needs to be challenging to elicit a positive result.  Research shows that struggling to retrieve information ignites the brain for deeper learning. This is true even when the answer is incorrect.  Precisely why people are encouraged to play brain games later in life to stave of diseases like dementia and Alzheimer’s.

Before the push for hyper specialization kids across the country were commonly multi-sport athletes.   The norm was to play everything; when one season was finished the athlete moved on to the next sport.  A perceived need to be better sooner (and the coveted D1 scholarship) pushed year-round play in a single sport.  Ironically, burnout and over-use injuries are now issues plaguing kids.

There is fair argument that youth today are actually less “athletic” than previous generations.  Meaning, when attempting to play another sport outside of their wheelhouse they are inept.  Ever ask a high school kid who’s been wrestling since the age of 5 to throw and catch a ball?  I have, and cringed as the ball bounced off his face.  Or a similar volleyball player to do anything other than jump vertically?

Nobody is saying they are not good athletes but their versatility and ability to cross domains is questionable.  Academia and the business world are seeing similar phenomena.  Graduates leave their institutions of higher learning very competent in very tight silos but suffer to function in a rule-less, changing world requiring flexibility.

Doctors often struggle to efficiently run hospitals.  Skilled programmers aren’t necessarily cut out to be program managers.  Elite athletes generally don’t transition well to coaching.  Why?  They are all very specialized in a very particular field then try to perform in a domain that requires an entirely different set of skills. Epstein does acknowledge that specialized practice is warranted but after an initial broad experience.  “As experts silo themselves further while computers master more of the skills once reserved for highly focused human, people who think broadly and embrace diverse experiences and perspectives will increasingly thrive.”

Much like a multi-sport athlete, practitioners who willingly expose themselves to various arts early tend to be better-rounded, have greater competence, and able to perform across combative domains.  The Jeet Kune Do, Bruce Lee’s personal philosophy regarding martial arts, long advocated exploration in multiple arts early and often so the practitioner is able to experience, experiment, and later express her own personal combative approach.  Dabbling in more martial arts early on will make you a better martial artist in the long run.

So to answer the question of where should I start?   Everywhere!  Don’t pigeon hole yourself.  Avoid succumbing to arbitrary rules that confine you to a false container that may limit opportunities.  Let your curiosity guide you toward new experiences and open doors to becoming a better, more versatile version of yourself.